The Biggest Differences Between January Aquarius & February Aquarius And The 4 Types Of Aquarians You’ll Meet In Your Life.

Were you born between January 21 and February 19, or have a relative who was? If yes, you’re an aquarian. In other words, your zodiac or sun sign is Aquarius.

People who believe in sun signs understand how the zodiac can significantly impact a person’s personality, future, and present habits. Every zodiac sign is associated with a defined set of characteristics. However, there can sometimes be a difference between people of the same zodiac sign if they were born in different weeks or months.

Since January and February are their possible birth months for Aquarians, there lies a difference between those born in the former vs. the latter. Wondering what this difference is? By reading below, you can find out everything you need to know about Aquarians and their differences!

Before we dive deeper into the key differences between January and February Aquarians, let’s learn a bit more about the different types of Aquarians. Here are the four main types of Aquarius people you may meet in your life.

This kind of aquarian is outgoing and eager to interact with different people. They are the life of parties and love socializing. They’ll approach you and start a conversation even if you’re not an extrovert. In no time, you might start feeling like you have known them for years.

However, despite their interactive nature, they are not comfortable sharing personal details. While they socialize on a superficial level, they are not too keen on getting involved with strangers in deep conversations. They won’t chat for too long and may even seem impersonal. In short, they have contrasting personality traits that seem to balance each other out: social yet not personal, interested but not keen.

Getting to know such an aquarian can be a challenge. You’ll need more than a few conversations to uncover and understand their most profound personality traits. But if you manage that, you’ll have a lifelong connection with them.

Aquarians are often passionate about the future and the latest innovations in various fields. They’re up to date with industrial or market trends and usually have a knack for professions that demand high creativity and out-of-the-box thinking.

Usually, these Aquarians are involved in fields like technology, medicine, AI, etc. Anything that demands a futuristic vision pleases them.

But don’t ever think they’re just dreamers. They ensure they pursue their dreams to the fullest by working towards the causes they’re passionate about.

Aquarians are known to be very morally grounded and ethically strong. They’re usually on the right side of things. But some Aquarians are often the devil’s advocate just for debate and discussion.

These Aquarians enjoy debates about problematic things that one would usually be against. They don’t hesitate to have unconventional takes on matters.

Of course, that often means they’ll stand alone on the wrong side of an argument, and you’d end up failing to reach a common ground.

Aquarians love fighting for just causes and being the voice of people who’re otherwise overlooked. These types of Aquarians are usually social or political leaders and tend to have strong opinions about many matters.

Oprah Winfrey is an excellent example of such an aquarian. If you’re of this type, you’ll find yourself caring more about the interests of many instead of the interests of a few or one. You’ll be a group leader for people looking to advocate a political position.

As mentioned before, people born between January 21 and February 19 are Aquarians. But even though their sun sign is Aquarius, their moon signs and planets differ widely depending on which month they’re born in.

For example, Uranus is a dominant planet for people born in January. But for those born in February, the effects of Mercury, Venus, and Mars creep in.

January Aquarians are part of the first decan, while February Aquarians always lie in the second or third decan. Depending on which decade they fall in, Aquarians can have personality traits like open-mindedness, straightforwardness, quirkiness, etc.

Aquarius is a zodiac of idiosyncrasies. Why? Because the sign is ruled by Uranus – a planet associated with unexpected movements and changes. While Uranus plays a vital role in the energy of both January and February Aquarians, the former are more affected because it’s the only ruling planet for them. In the latter case, more planets and other factors creep in, which waters down Uranus’ effect.

January Aquarians often find themselves in unexpected positions and make unpredictable decisions. Their life might often seem like a whirlwind because of the sudden choices regarding essential matters such as family and career. But don’t mistake their eccentricity for carelessness; they’re often very charming.

This is again a result of the strong influence of Uranus on January Aquarians. The planet brings revolutionary traits to such people. This means they’re likely to go against the norm and be rebels.

Being rebellious may not always mean a bad thing; for them, it often doesn’t. They’ll take a unique career path opposing their family’s will or advocate for a cause usually looked down upon. Such Aquarians are seen as rebels because of their unconventional choices and will to go beyond what’s mainstream.

They can be involved in jobs that require a unique perspective and out-of-the-box solutions. Their ideas are fresh and quirky. And it’s almost impossible to predict how they’ll deal with a particular situation. Regardless, their decisions are always fresh and often non-conformist.

Aquarius is a highly social sign in general. But things with February Aquarians go up a notch. Their ruling planets, apart from Uranus, are Mercury and Venus. Mercury is the communication planet, while Venus represents love. Combine both of these, and you have an extremely friendly, outgoing, and the expressive person at hand.

February Aquarians are not just social butterflies on the surface. They also manage to form deep intimate relationships and friendships. Moreover, they love to stay engaged and communicative with a group, even if it’s a small one. At the same time, they also love having meaningful conversations with just one person for hours.

In short, February Aquarians can be the perfect social package.

Aquarians are usually perceived as very headstrong people who won’t budge from their ideas. And that’s not entirely wrong. Aquarians born in January are usually very stubborn and do not like to have their opinions contradicted. They’ll usually fight like hell to prove their opinion right – something that can come off as self-righteous.

In the case of February Aquarians, however, things are slightly different. February Aquarians are not as strongly linked to their original ideas as their January counterparts. They’ll not mind hearing a new perspective or accepting changes.

They’ll also be more flexible about accepting the faults in their opinions and changing them. All these traits come from the strong effect of Mercury on their lives. Since Mercury is associated with flexibility and mutability, it shows such effects on February Aquarians.

February Aquarians Are More Sensitive And Open About Feelings

Even though Aquarians are highly social, they’re not always the best at communicating their feelings. Especially in the case of January Aquarians, they don’t like being too vulnerable. However, the presence of the love planet Venus makes February Aquarians slightly different.

While zodiac signs are not the only thing that dictates a person’s behavioral traits, they’re essential determinants that can’t be ignored. Moreover, since vast differences can exist even within the same zodiac signs, it’s good to know them well.

We hope the above article enriched you about Aquarians and their varying personality traits. By reading the differences between January and February Aquarius above, you, too, should be better informed about how two Aquarians can react differently to the exact situations.

Have any more questions about the differences between Zodiac signs? Comment them below, and we’ll get to them ASAP! 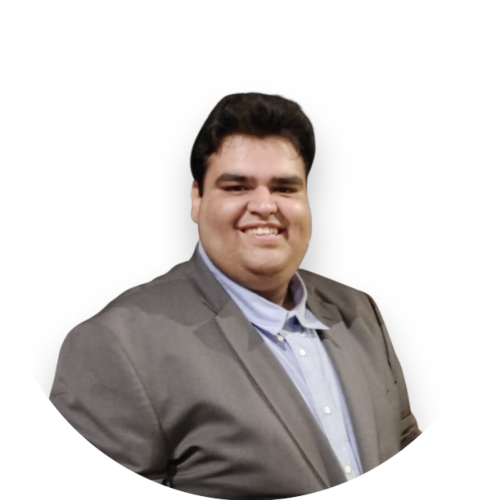 Yash A Khatrihttps://www.yashakhatri.com/
An Aquarius at heart, Yash A Khatri is a brand builder and marketer who specializes in content marketing and SEO. He is the chief editor for Know Your Aquarius along with other projects and niche sites. He enjoys building an audience and helping them solve their problems with the help of valuable articles, videos and posts. You can learn more about him on yashakhatri.com
RELATED ARTICLES
General